We were so annoyed that we refused to cooperate further.

PART 1- Grammar & Vocabulary Choose the best word or phrase (a, b, c or d) to fill the gap.

a) sometimes go to the café after

b) to the café go sometimes after

c) go sometimes to the café’ after

d) sometimes after go to the café

a) does he work

c) he does work

a) Did you ever go

b) Will you ever go

c) Are you ever going

d) Have you ever been

a) the most big

12 The police wanted to know exactly how the money _____ stolen from the bank.

b) is going to finish

c) will have finished

28 Joel came back from his holiday in Brazil looking really _____. a) tanned

d) has been driving

32 I was wondering _____ tell me when the next plane from Chicago arrives?

c) if you could

b) did you have it cut

a) will have moved

b) will be moving

a) will you do

b) are you doing

c) will you have done

c) has been arrested

a) does he live

c) did he live

b) not to study

c) to not study

d) not have studied

b) would have told

c) must have told

57 Our neighbours aren’t very polite, and _____ particularly quiet! a) neither they aren’t

b) either they aren’t

c) nor are they

d) neither did they be

b) I didn’t have to work

c) not to work

60 Harriet is so knowledgeable. She can talk about _____ subject you ask her to.

64 Before you enter the marathon, please bear in _____ that you’re not as young as you used to be!

65 The breath test showed he had consumed more than three times the legal limit of alcohol, so the police arrested him for _____.

d) out of time

67 After the film was released, the main _____ point was its excessive use of violence.

68 There have been several big _____ against the use of GM foods recently.

‘Heavier than air flying machines are impossible,’ said the well-known scientist Lord Kelvin in 1895. Thomas Watson, the chairman of IBM in 1943, was wrong too when he said that he thought there would be a world market for only five or so computers. Predictions can, of course, be wrong, and it is very difficult to predict what the world will be like in 100, 50, or even 20 years from now. But this is something that scientists and politicians often do. They do so because they invent things and make decisions that shape the future of the world that we live in. In the past they didn’t have to think too much about the impact that their decisions had on the natural world. But that is now changing. An increasing number of people believe that we should live within the rules set by nature. In other words, they think that in a world of fixed and limited resources, what is used today will not be there for our children. We must therefore look at each human activity and try to change it or create alternatives if it is not sustainable. The rules for this are set by nature, not by man.

69 What was Lord Kelvin suggesting?

a) It is difficult to make accurate predictions.

b) It would be possible for people to fly.

c) It would be impossible for people to fly.

d) There would only be a few computers.

70 Which of the following statements is true (according to the text)?

a) Lord Kelvin and Thomas Watson were good friends.

b) The world does not have unlimited natural resources.

c) Our children will not make predictions about the future.

d) It is easy to predict what the world will be like 20 years from now.

73 Choose the best title for the article.

a) Predictions and more predictions!

b) Politicians and scientists

c) A sustainable future for our children

Many hotel chains and tour operators say that they take their environmental commitments seriously, but often they do not respect their social and economic responsibilities to the local community. So is it possible for travellers to help improve the lives of locals and still have a good holiday? The charity, Tourism Concern, thinks so. It has pioneered the concept of the fair-trade holiday. The philosophy behind fair-trade travel is to make sure that local people get a fair share of the income from tourism. The objectives are simple: employing local people wherever possible; offering fair wages and treatment; showing cultural respect; involving communities in deciding how tourism is developed; and making sure that visitors have minimal environmental impact. Although there is currently no official fair-trade accreditation for holidays, the Association of Independent Tour Operators has worked hard to produce responsible tourism guidelines for its members. Some new companies, operated as much by principles as profits, offer a fantastic range of holidays for responsible and adventurous travellers.

a) helps tourists who have had bad holidays.

b) is a philosophy.

c) is a charity and fair-trade organisation.

d) has a chain of hotels.

75 Which of the following is NOT one of Tourism Concern’s objectives?

a) Good pay for local people.

b) Showing respect for local cultures.

76 According to the text, fair-trade travel is all about…

a) making money for charity.

b) money from tourism going to local people.

c) travellers getting a good deal.

77 According to the text, there are _____ companies that are operated on principles as well as profits.

78 Choose the most appropriate title for the article.

a) Holidays from heaven

Standards of spelling and grammar among an entire generation of English-speaking university students are now so poor that there is ‘a degree of crisis’ in their written use of the language, the publisher of a new dictionary has warned. Its research revealed that students have only a limited grasp of the most basic rules of spelling, punctuation and meaning, blamed in part on an increasing dependence on ‘automatic tools’ such as computer spellcheckers and unprecedented access to rapid communication using email and the Internet. The problem is not confined to the US, but applies also to students in Australia, Canada and Britain. Students were regularly found to be producing incomplete or rambling, poorly connected sentences, mixing metaphors ‘with gusto’ and overusing dull, devalued words such as ‘interesting’ and ‘good’. Overall they were unclear about appropriate punctuation, especially the use of commas, and failed to understand the basic rules of subject/verb agreement and the difference between ‘there’, ‘their’ and ‘they’re’. Kathy Rooney, editor-in-chief of the dictionary, said, ‘We need to be very concerned at the extent of the problems with basic spelling and usage that our research has revealed. This has significant implications for the future, especially for young people. We thought it would be useful to get in touch with teachers and academics to find out what problems their students were having with their writing and what extra help they might need from a dictionary. The results were quite shocking. We are sure that the use of computers has played a part. People rely increasingly on automatic tools such as spellcheckers that are much more passive than going to a dictionary and looking something up. That can lull them into a false sense of security.’ Beth Marshall, an English professor, said, ‘The type of student we’re getting now is very different from what we were seeing 10 years ago and it is often worrying to find out how little students know. There are as many as 800 commonly misspelled words, particularly pairs of words that are pronounced similarly but spelled differently and that have different meanings – for example, “faze” and “phase”, and “pray” and “prey”.’

a) if students could spell certain words.

b) how widespread the use of computers is.

c) if academics were in touch with their students.

d) how dictionaries can help students.

83 According to Beth Marshall, students today…

a) spell 800 words incorrectly on average.

d) are not as knowledgeable as they were in the past.

84 Choose the best title for the article.

a) Standards of spelling and grammar

b) Dictionaries of the future

c) Students don’t know their ‘there’ from their ‘they’re’ 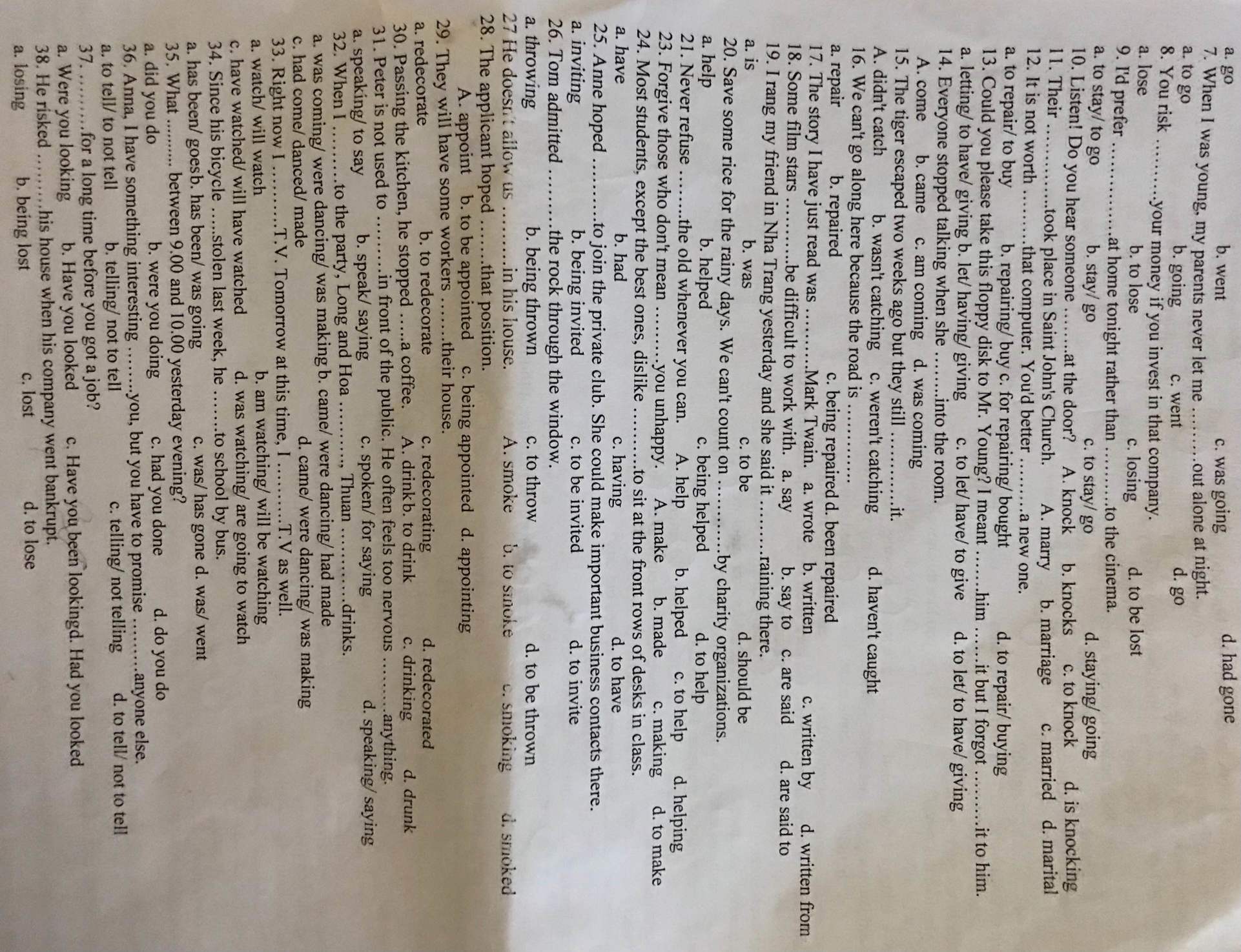 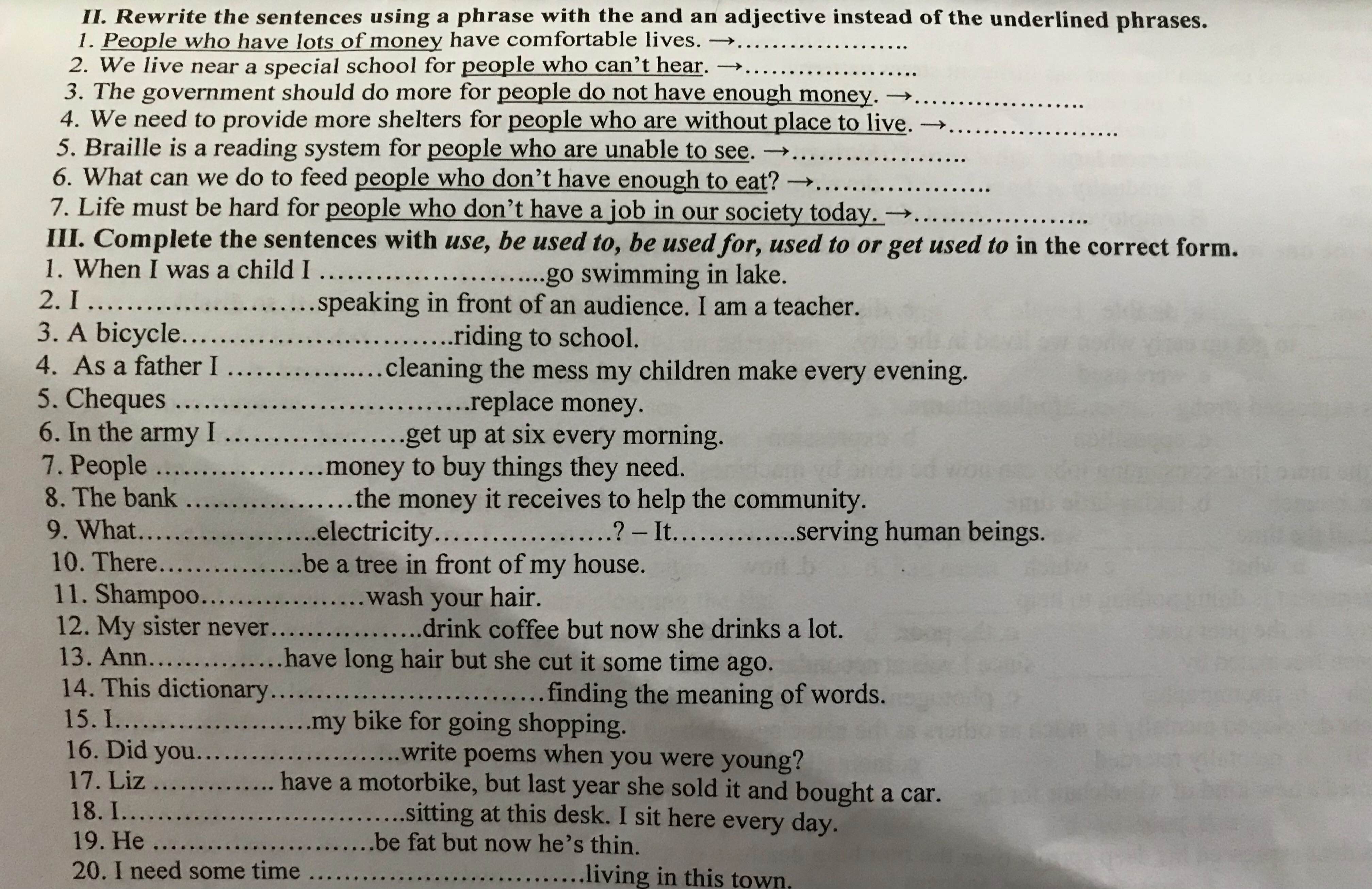 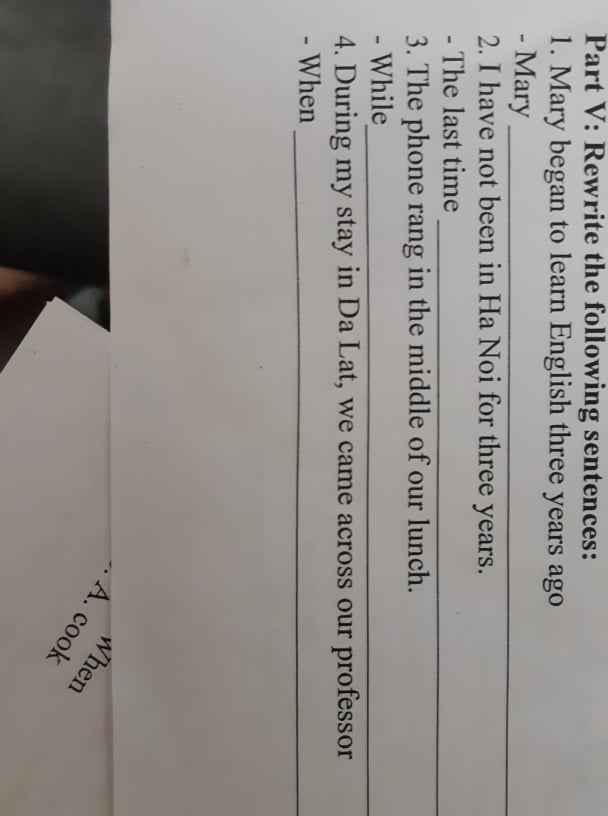 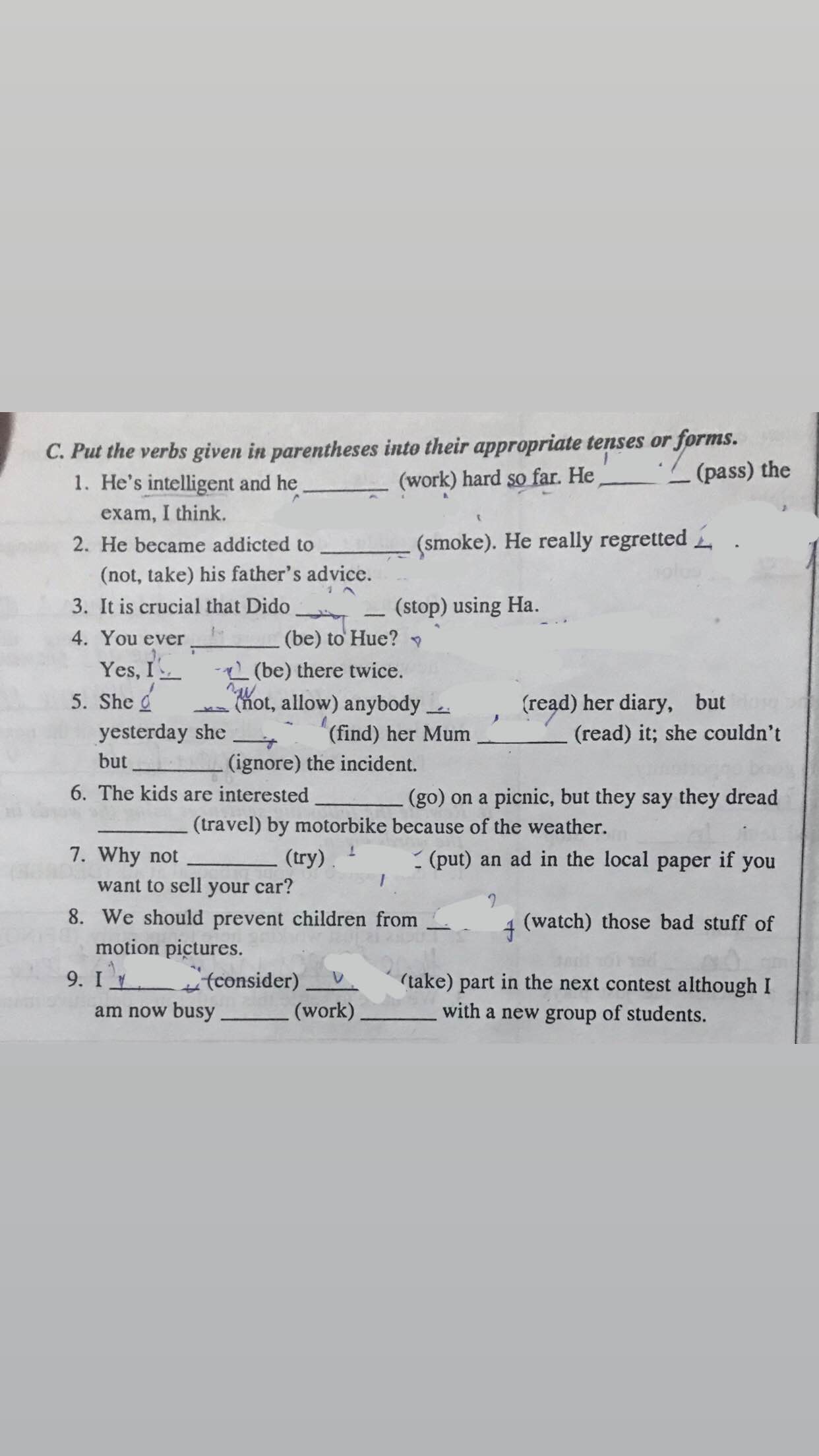