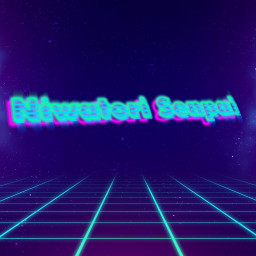 Unless you (tell) tell the truth, I won’t help you. You’ll get pneumonia if you (not change) don't change your wet clothes. If I had known that you couldn’t eat octopus, I (not buy) wouldn't have bought it. If they (hang) hung that picture lower, people would be able to see it. She (be) would be able to walk faster if she didn’t have such high-heel shoes. I (bring) would have brought you some beer if I had known that you were thirsty. If you had touched that electric cable, you (be) would be electrocuted. If the story hadn’t been true, the newspaper (not print) wouldn't have printed it. I (not buy) wouldn't buy things on the installment system if I were you. Dan (arrive) would arrive safe if he drove slowly.

Part VI- Choose the most suitable answer A, B, C, or D to complete the following passage.(1p)

PART VII - Read and fill a suitable word in each blanket:(1p)

Christmas is always held on (1) December the twenty fifth every year. Every family in England decorates a Christmas tree and puts it (2) in the middle of the living room. And Santa Claus plays an important role (3) in this festival. There is a poem to relate him. In 1823, the patron saint of children, Saint Nicholas appeared in a poem called(4) A Visit Saint Nicholas. The character in the poem was(5) a fat jolly man who wore a red (6) suit and gave children presents (7) on Christmas Eve. The poem, which was written(8) by Clement Clarke Moore, an American professor, became popular in (9) the USA. Santa Claus is based on(10) the description of Saint Nicholas in this poem.

Part VIII- Complete the second sentence so that it has a similar meaning to the first sentence.(1.5p)

1. It is over two years since they left their homeland.

-> They haven't come back their homeland for two years

2. “How many cars are there in front of your house, Mai?” I said

3. No one introduced me to newcomers in the festival.

-> I wasn't introduced to newcormers in the festival

4. The food was too bad for the children to eat.

-> The food was so bad that the children couldn't eat it

5. It’s no use persuading her to join in that activity.

-> There is no point in persuading her to join that activity

6. I am on the fifth page of the essay I am typing.

-> So far I've typed four pages of the essay.

7. The dog keeps stealing my socks.

-> The dog is always stealing my socks

8. Hoa found it easy to translate this poem into French.

-> Hoa had no difficulty in translating this poem into French.

9. Collect all of dirty clothes by 8 o’clock tomorrow morning.

-> Let all of dirty clothes be collected by 8 o'clock tomorrow morning.

10. Mary is the most graceful girl at school.

-> No girl at school is as graceful as Mary is.

V. Rewrite the sentences below, using the present perfect.
1. They (never eat) have never eaten Mexican food.
2. Hoa ( walk) has walked in the rain many times. She loves it.
3. I ( never see) have never seen such a big flower.
4. we ( not visit) haven't visited Nha Trang.
5. I (read) have read that novel three times.
6. He ( never meet) has never met her before.
7. The zoo isn’t far from here. I (walk) have walked there three times.
VI . Put the verbs in brackets the past simple.
1.Last Summer my family (go) went on a trip to Ho Chi Minh city.
2.Yesterday, I called Jason on the phone. He (not be) wasn't at home , so I (speak) spoke to his sister.
3. We (eat) ate a delicious dinner at a Mexican restaurant last Wednesday.
4. Her grandmother (work) worked In a local hospital in 1992.
5. My teacher used to be a teacher. He (teach) taught Chemistry at local school.
6. This morning I (get) got up at 6.30 o’clock and I didn’t have enough time for breakfast.
7. Did You (remember) remember to lock the door?
- Oh, My god! I (forget) forgot

VII. Put the verbs in brackets in the correct tense form
So you ask me if (1. see) see that movie about Ha Noi, I (2. see) will see it many times. In face I (3. visit) visit Ha Noi three times. I like it so much that I always want to go back. I (4. meet) met many amazing people there. Some of them (5. become) became my good friends. I (6. eat) ate Ha Noi pho, (7. drink) drank Ha Noi coffee and (8. walk) walked on those streets soakes with hoa sua.
I (9.do) did some shopping in its lively old Quarter, and (10. watch) watched the sun setting on beautiful West lake.
VIII. Put the verbs in brackets in the correct form
1.The olympic Games ( be) is held once every four years.
2.The first olympic games (take) was taken place in Greece in 776
3.People (start) started to use computer about 50 years ago.
4.What ‘s that noise?
- The children (play) is playing tug of war.
5.What did you (do) do last weekend?
- I (cylce) cycled round the lake with my friends.. Then I (watch) watched TV in the afternoon.

IX. Put the verbs into correct tense to finish the following passage The Tiger won the Gold Cup last week. They (1. play) played fewer matches than the Lions or the Leopards, but they (score) scored more points. In fact, the Tigers (3.lose) lost only five matches during the reason. The Zebras (4.beat) beat the Lions and (5.take) took second place. They (6. score) scored 30 points from 22 matches. The Zebras (7.have) had a very strong team. They (8. win) won a lot of matches and but not many teams (9. beat) beat them. The Pandas (10. be) was at the bottom of the league.They lost most of their matches this season.

X. Choose A, B, or C to fill in the passage. Most children love (1)………… activities. They play football, go skateboarding or go (2)……. in countries with snow like (3)………. children go to the mountains with their parents to go skiing. They can make a (4)………. in the playground in front of their house. When the weather is bad, they can stay at home and watch interesting (5)……… on TV.

XI. Read and complete . Use the worlds in the box:

I have two friends. They are Mary and Paul. Mary is (1) from England. She is English. Paul is from France. He is (2) French . They are both eleven. Mary (3) likes studying mathematics. She often listen to music in (4) her free time. Paul likes studying English. He does not like listening to music. He (5) often plays sports in his free time. His (6) favorite sport is football.