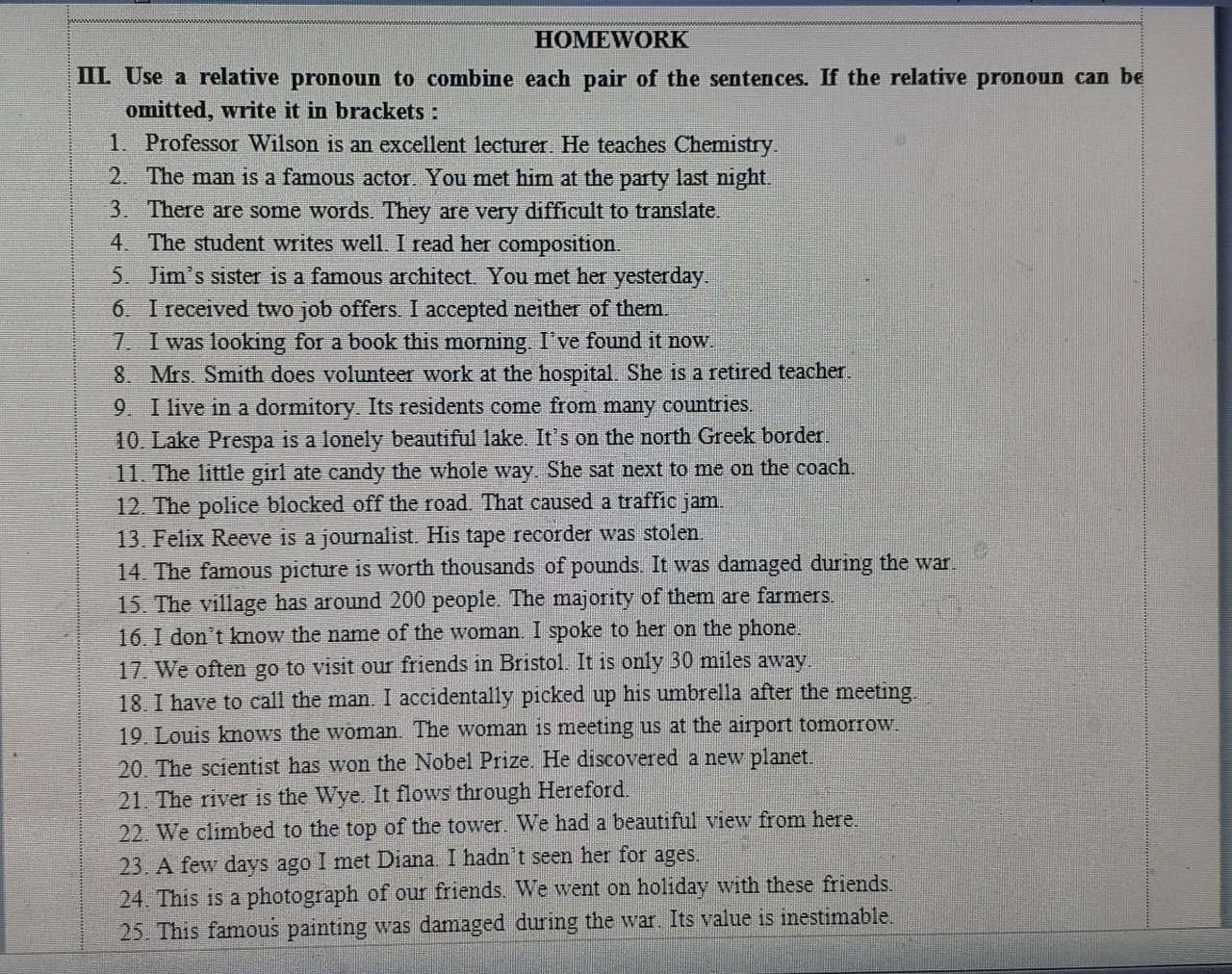 1) Professor Wilson is an excellent lecturers who teaches Chemistry

3) There are some words which are difficult to translate

4) The student whose composition i red writes well

5) Jim's sister, whom you met yesterday, is a famous architect

6) I received two job offers, neither of which I accepted

8) Mrs Smith, who does volunteer work at the hospital, is retired teacher

9) I live in a dormitory, whose residents come from many countries

13) Felix Reeve, whose tape recorder was stolen, is a journalist

15) The village has around 200 people, the majority of whom are farmers

21) The river which flows through hereford is the Wye

22) We climbed to the top of the tower, where we had a beautiful view

25) This famous painting, whose value is inestimable,was damaged during the war