11. English is (easier/easiest) to leam than German.

12. (More / Most) people speak Chinese than any other language. 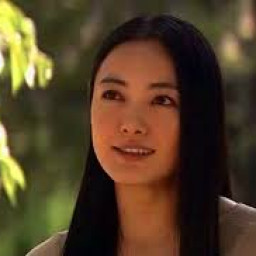 11. English is (easier/ easiest) to leam than German.

12. (More/ Most) people speak Chinese than any other language.

Read the passage carefully. Then decide whether each of the statements below is TRUE (T), or FALSE (F).

Indonesia is an island nation in Southeast Asia. Its official name is the Republic of Indonesia. It is a member country of the Association of South East Asian Nations (ASEAN). The country's total area is 1,904,443 sq km. Like Vietnam and other countries in Southeast Asia, Indonesia enjoys tropical climate. The rupiah is the official monetary unit of Indonesia, consisting of 100 sen.

The capital of Indonesia is Jakarta and it is also the largest city in the country. Other big cities are Bandung, Surabaya, Medan, Palembang... The population in 2004 was about 238,500,000. Indonesia is the world's fourth most populous country after China, India, and the United States. Islam, which is over eighty per cent of the population practice, is the country's official religion. In addition, there are other religions such as Protestantism, Catholicism, Buddhism, Hinduism...

The national language is Bahasa Indonesia, which is a modified form of Malay. Besides, about 300 other languages and dialects are spoken. English is increasingly used as the language of business.

2. All the countries in Southeast Asia enjoy tropical climate. _____

3. Islam is the only official religion in Indonesia. _____

8. Bahasa Indonesia is the only language spoken in Indonesia. _____

Fill in the spaces with a suitable word based on the one provided in brackets.

4.Several religions or traditions concurrently existing there create a ................society.(cultural)

For many people, traveling by plance os an exciting experience. Others, however, find the whole idea quite terrifying, (1).....flying is no more dangerous (2)........any other form of travel and some experts occurs (3)......take off and landing when the (4).......desisions are vitally important.

The people (5)......job is to look (6).......the passengers the stewards and stewardesses play an important part in helping passengers to (7)........safe and comfortable. Indeed for many passengers being (8).....such care of is all part of the total experience. (9)......other form of travel involes waiting on people in quite the same (10) with food, drink, news papers, magazines, music and even video films.

Bài 2:Rewrite these following sentences keep meaning as the root one

1. Jack is the tallest student in this class

2. His assignment is different from mine

3. He knows a lot more about it than I do

4. Jane is a better swimmer than Mary

5. She is a far more careful driver than I am

6. She is a slower and more careful driver than I am

Bài 1: Rewrite these following sentences keep meaning as the root one

1. He doesn't play the guitar as well as Henry

2. Martha is more talented than Bill

3. Nobody in our class is more intelligent than Jane is

4. No animal in the world is as big as a whale is

5. Laura reads more quickly than her brother does

Ex: Complete the sentences with "than, as, les or more"

Bài 1: Rewrite these following sentences keep meaning as the root ones

1. Lan's brother gave her a story for her birthday

2. It was such a bad news that Mai burst into tears

4. I'd like to visit England more than any other country in the world

5. The flight to Ho Chi Minh city lasted one hour and a half

Bài 4: Rewrite these following sentences keep meaning as the root one

1. He speaks Spanish more fluently than I do

2. Her watch isn't as expensive as mine

3. Tan's salary is higher than Minh's

4. Exercise 1 is more difficult than exericise 2