Why do you keep huting whales? What.... Lan plant to buy a new house in HCM city. A new house.... How is your friend? => What..... My sister intended to clean the windows before going to the market => The windows were.... My father took me to school everyday when I was small => I ...

Why do you keep huting whales?

=> What do you keep hunting whales for?

Lan plant to buy a new house in HCM city.

=> A new house is going to be bought in HCM city by Lan.

How is your friend?

My father took me to school everyday when I was small

=> I  was taken to school everyday by my father when I was small.

4. He behaves now worse than he used to.

5. My uncle is fatter than my father.

6. Viet Nam isn’t as large as the USA

8. Hue to Ha Noi is nearer than HCM City to Ha Noi.

9. This is the best music I have ever heard.

10. No one in this class is as tall as Richard.

Pick out the words underlined part is pronounced differently from that of the others.

Pick out the words that have the stress different from that of the others.

21. The contented smile on her face shows that she finally passed the exam.

A. to work B. being worked C. working D. worked

Choose the underlined part among A, B, C or D that needs correcting.

26. Mr. Vy leaves the house at a quarter past five and arrive in the field at exactly 5.30.

27. We haven’t seen Jim since he has returned the countryside.

29. I enjoy to talk with my classmates about their future plans.

Choose the correct sentence among A, B, C or D which has the same meaning as the given one.

32. We started to write to each other two years ago.

A. We used to write to each other for two years.

B. We used to write to each other since two years.

C. We’ve written to each other for two years.

D. We’ve written to each other since two years.

C. He had not tested his eyes for a year. D. He did not have any tests on his eyes in a year

34. Mary is contented with what she does.

A. What she does doesn’t make her pleased.

B. Mary is satisfied with what she does.

C. Whatever Mary does, she makes nobody pleased.

D. She feels happy when she does something.

35. My brother always drives to work.

C. My brother always repairs cars at work. D. My brother’s driver is always off work.

Read the passage below and choose one correct answer for each question.

My name is Seumas McSporran and I am a very busy man. I am 60 years old and I have thirteen jobs. I am a postman, a politician, a fireman, a taxi driver, a school- bus driver, a boatman, an ambulance man, an accountant, a petrol attendant, and an undertaker. Also, I and my wife, Margaret, have a shop and a small hotel.

I live and work on the island of Gigha in the west of Scotland. Only 20 people live there but in summer, 150 tourists come by boat every day.

Every weekday I get up at 6:00 and make breakfast for the hotel guests. At 8.00 I drive the island’s children to school. At 9:00 I collect the post from the boat and deliver it to all

houses on the island. I also deliver beer to the island’s only pub. Then I help Margaret in the shop.

My wife likes being busy, too. We never have holidays and we don’t watch television. In the evenings Margaret makes supper and I do the accounts. At 10:00 we have a glass of wine and then we go to bed. Perhaps our life isn’t very exciting, but we like it.

A. a firefighter B. a driver C. a farmer D. a mailman

A. his wife B. his hotel

40. According to the passage which is TRUE about Seumas McSporran?

A. He likes the job as a postman most. B. He and his wife go on holiday every year.

C. He does the accounts in the evenings. D. He goes to bed very late.

Read the following passage and choose the best option for each blank.

The 29th of August in 2006 is a day I shall never forget. On that day, I stared ___41__ in the face. Our flight was ___42__ to leave at 10:30 a.m., and arrived at the airport with plenty of time to spare. We started boarding 10:00 a.m. Most of us were holiday makers and there ___43__ a lot of laughing and joking going on. It was raining slightly, but visibility was good and the plane ___44__ on time. The cabin staff were just beginning to bring round the duty- free goods when the plane began ___45__ . At first, we thought we had just hit bad weather. We were told to sit down and to fasten our seat belts. Then suddenly, the front of the plane seemed to ___46__ and we realized we were speeding towards the ground. People screamed in ___47__. Strangers joined hands and prayed. We thought we had only minutes to live. Then, just when we had __48__ all hope, we felt the plane level out, and slowly we began to gain height. A few minutes later, the pilot announced that everything was now ___49__ control, and we all began to clap and cheer hysterically. Twenty minutes ___50__ we landed safely.

Choose the best option (A, B, C, or D) to complete the following passage:

Every year, students in many (6) _____learn English. (7) _____of these students are young children. Others are teenagers. Many are adults. Some learn at school, others study (8) _____ themselves. A few learn English just by (9) _____ the language in films, (10) _____ television, in the office, or among their friends. But not many are lucky to do that. Most people must work hard to learn another language.

Choose the best option (A, B, C, or D) to complete the following sentences:

A. at watching B. to watching C. with watch D. watching

A. watching B. watch C. to watch D. to watching

A. studying B. to study C. in study D. to studying

A. working B. to work C. worked D. to working

23: I remember __ him said that he would come but he is absent now.

A hear B to hear C hearing D heard

25: Most girls have a very narrow view of the world, don’t you think?

A. Cheers B. Have a good day C. You’re welcome D. Thanks

A remain B to remain C remaining D remained

A. learn B. to learn C. learning D. having learnt

A. inform B. to have informed C. informing D. to inform

36: I decided changing jobs because my boss makes me work overtime

37: In order to not forget things, I put a string around my finger

38: I succeeded in to find a job, so my parents didn’t make me go to college.

39: Get more exercise appears to be the best way to lose weight.

40: Let's stop to watch so much TV so that we can read or go out instead.

Read the passage bellow, and then choose the best option

The relationship between a teacher and a student can be good or bad, helpful or harmful. Either way, the relationship can affect the students for the rest of his life.

between these two extremes. He should encourage the students without forcing or punishing him to learn. He needs patience and understanding. It is part of the teacher’s job to help develop a good positive attitude in his students. As for the student, in order to have a good relationship with his teacher, he must always show his proper respect. He should be eager to learn and willing to work hard. If he learns from the teacher modestly, he will be able to profit fully from his teacher’s knowledge and assistance.

41: The relationship between a teacher and a student is considered very important because it _____.

A. can be either good or bad B. it’s very harmful to the student

C. makes the student unsafe D. has great influence on the student’s life

42: One of the most important factors for a good teacher-student relationship is the mutual _____.

43: In order to have a good teacher-student relationship, the teacher _____.

A. should force the student to learn B. needs patience and understanding

C. should be too friendly and permissive D. ought to strict

44: In order to have a good teacher-student relationship, the student _____.

A. must be a hard-working person B. must always support the teacher

A. the student always profit fully from his teacher

B. the student must thank for his teacher’s knowledge and assistance

C. the student must always show his proper respect to his teacher

D. the teacher himself needs to develop a good positive attitude

Choose the best option that has the same meaning as the original sentence.

46: We hope to receive a message from our mutual friend, Susan.

A. We wish we received a message from our mutual friend, Susan.

B. We’re looking forward to receiving a message from our mutual friend, Susan.

C. Our mutual friend, Susan, whom we hope to receive a message.

D. Susan, who’s our mutual friend, is hoped to receive a message from.

47: You should have read the instruction carefully.

A. What did you read the instruction carefully for?

B. Why should you read the instruction carefully?

C. How should you read the instruction?

D. Why didn’t you read the instruction carefully?

48: We really do not want to hear your explanation again.

A. Your explanation really makes us feel sorry.

B. We would rather not ask you to give any explanation again.

C. We are fed up with hearing your explanation again.

D. We are extremely sorry for hearing your explanation again.

49: It’s a waste of time to persuade Johnny to change his mind.

A. We spend mush time persuading Johnny to change his mind.

B. It takes us a lot of time to persuade Johnny to change his mind.

C. Persuading Johnny to change his mind is useful.

50: Minh wishes he had taken part in the English competition last week.

B. Minh would never mind not attending the English competition last week.

Choose the one word that best completes each sentence

1. Nowadays more and more young people want to have a university……………

2. -Marie Curie was a brilliant student

3. When she was young, she received some………….training from her father.

4. The purpose of this test is to…………..the weight of the chemical element.

A. find out B. measure C. ease D. interrupt

5. Marie Curie was a /an…………woman. Her real joy was easing human suffering.

6………….aids must be sent to the Lybian refugees at once.

A. with difficulty B. with very high grades

C. without success D. due to her hard work

A. will understand / was explaining B. had understood / explained

C. understood / had explained D. were understanding / has explained

A. has moved / was living B. was moving / lived

A. won / didn’t practise B. won / not practised

A. had worked B. would work

15. She was disappointed with the exam result. She ……… a bad mark before.

A. ever had got B. had ever got

C. never had got D. had never got

C. had spent / had wanted C. has spent / wanted

A. started B. has started

C. had started D. would start

Choose the word that has the underlined letter(s) pronounced differently from the others.

Choose the word whose main stress is placed differently from the others.

Fill in the blank with appropriate word or phrase.

Alexander Gramham Bell was born (31)___ Edinburgh, Scotland, in the (32)____ century, and later came to (33)____ United States. Several members did a great deal to encourage him in the field of (34)____ . In American, he worked with deaf-mute at Boston University. Soon, he started (35)____ with ways of transmitting speech over a long distance. This led to the invention of the telephone. 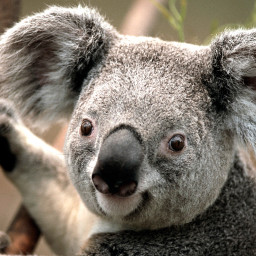