the principal is kind, all the students love him.

All the students love the principal because of his kindness --->Because

1. All the students love the principal. He is very kind. (because of)

2. I have forgotten the tickets. I’m sorry for it. (having)

4. The house at the end of the street has been sold. It has been empty for years. (which)

Viết lại câu sử dụng because / because of

1. all the teacher love him because of his conduct is good

2.Because she didn't get up early , she missed the first bus

3.because there was a strike , the workers stoppes working

I. Join each pair of sentences. Use the words in brackets.

1. Our team won by a large margin. No one thought wr would win the championship. ( but).

2. I could not see his face clearly. He was standing in the shadow. ( so).

3. The man spoke very slowly. He wanted me to understand what he said. ( so that).

4. Our flight was delay. We decided to take a long walk around the terminal. ( since).

7. I had turn on the air conditioner. It was still hot in the room. ( even though).

8. Trevor didn't notice the sign. It was right in front of him. ( even though).

9. Matthew doesn't know any French. It was one of his school subjects. ( though).

11. I told the absolute truth. No one would believe me. ( even though).

13. My sister will take a plane even though she dislikes flying. ( in spite of).

16. Although he often tells lies, many people believe him. ( despite).

17. Mary didn't go to school yesterday because she was sick. ( because of).

18. She went to bed early because she felt tired. ( because of).

19. Margaret stayed at home because her mother was sick. ( because of).

20. I couldn't do the test because it was difficult. ( because of).

23. The train come late because it was foggy. ( because of).

24. The train was late because the fog was thick. ( because of).

26. All the teacher love him because his conduct is good. ( because of).

27. Because there was a traffic accident, I went to school late. ( because of).

28. Because there is a shortage of meet, we had to live on beans. ( because of).

29. Because there was a lack of water, many trees died rapidly. ( because of).

31. She walked slowly because her legs was injured. ( because of).

33. He couldn't solve the problem though he is good at math. ( despite).

35. Cars cause pollution but people still want them. ( although).

1. Jim had to give up jogging because ha had sprained his ankle severely.

2. The water in most rivers is unsafe to drink because it's polluted.

3. We had to stay in London an extra day because it was foggy at the airport.

4. Bills had to do all of the cooking and cleaning because his wife is ill.

5. We all have received the best of everything because our parents are generous.

6. I couldn't get to sleep last night because it was noisy in the next apartment.

7. John has to sit in the front row in class because he has poor eyesight.

8. We stopped our car because the trafic light turn red.

9. She couldn't see the road because the wall was too high.

10. We postponed our trip because the driving conditions were bad

11. Sarah will not walk across a bridge because she's afraid of heights.

12. Mark's doctor has advised him to exercise regularly because he is overweight.

13. Piranhas can devour an entire cow in several minutes because their teeth are extremely sharp.

14. Most students couldn't do the final exam because it was extremely difficult.

15. John succeeded in his exam because he worked hard and methodically.

write a new sentence as similar as possible in meaning to the original sentences, but using the word given:

2 I don't know anything about her family(wish)

4 All the students love their form teacher. He is very kind(because of)

5 Peter is fat because he eats so many chips (If) 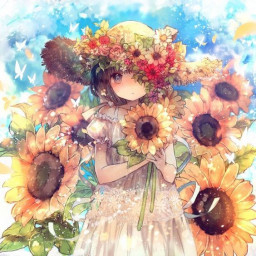 His second attempt on the world record was successful.

They were all arrested because of his incompetence

Change clauses of reason to phrases.

1. Mary didn't go to school yesterday because she was sick.

2. She went to bed early because she felt tired.

3. Ann didn't go to the circus with Betty because she had a bad cold.

4. John succeeded in his exam because he worked hard and methodically.

5. Margaret stayed home because her mother was sick.

6. I like him because his father is kind to me.

7. I can't eat these fruits because they are green.

8. I couldn't do the test because it was difficult.

9. I couldn't read the letter because it was dark.

10. He came late because it rained heavily.

12. The train came late because it was foggy.

13. All the teachers love him because his conduct is good.

14. The train was late because the fog was thick.

15. We stopped our car because the traffic lights turned red.

16. The plane couldn't take off because the weather was bad.

17. Rice plants grow well because the climate is warm and damp.

18. He couldn't drive fast because the street was crowded and narrow.

19. I can't sleep because the weather is hot.

20. He left school because his life was hard.